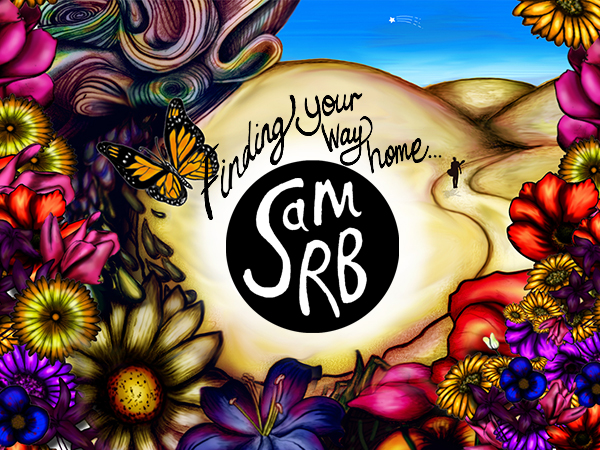 “Sings with a street-eye view and empathy …and speaks of the fragility of people’s souls… her poetic lyrics continue to deepen and widen, and when you hear something as beautiful as ‘It Rains Down’ you know she’s someone special”
Graham Reid | www.elsewhere.co.nz

Sam RB’s second album, Queen Street Acoustics, is an album of exploration and discovery. The diverse (14) tracks encompass everything from love songs to social issues such as bullying and the rights of children. There are also reflections on psychosis and depression, and a tribute to NZ artist, the late Don Binney.

Sam RB’s debut album comprises 14 songs, with an unerring sense of melody and lyrics that are universally accessible. The lyrics are both poetic and narrative, telling stories and evoking feelings. Mike Riddell (Producer, The Insatiable Moon) describes it as “stemming from a journey into the fragile dignity of humanity”

Anonymous review of ‘Queen Street Acoustics’ on iTunes
“Some albums shout for your attention like disrespectful billboards. Others sit back, waiting for a listener that will understand the subtle complexities of the beauty and tragedy of life that we come to appreciate more the longer we are on this planet. This is how I have come to enjoy ‘Queen Street Acoustics’ by Sam RB. There is a gentle strength behind this collection of songs that caught my ear almost instantly. More of a feeling than these words will convey – a feeling of loss, a feeling of hopelessness shared, a feeling of grace, as well as feelings of hope, love and overcoming. 1989 made me cry. This album needs attention and respect, whether it be through headphones, or a quiet sunday night with a glass of wine. Any time invested will be rewarded with the quiet joy that one finds upon discovering a voice and melody that communicates the secrets and murmurings of a weathered soul. Take the time.”